Your favorite shopping go-to spot, Brickell City Center, is going to get bigger, fancier and busier (than it already is).

After being named one of the top destinations in Florida by Uber, Brickell City Centre is not stopping there. Plans to expand this high-end shopping, dining and residential complex are in the works and very close to being finalized. While a commission hearing is planned to take place next week, actual construction won’t start for another few years.

Swire Properties, the project’s developer, plans to add two new towers, 54 and 62 stories high, which would be connected by a pedestrian bridge to the existing property. Both towers would hold over 972 residential units and a three-level retail base.

According to The Next Miami, the project is in its final stages of approval as it was already accepted by the Planning, Zoning and Appeals Board and the Urban Development Review Board.

Developers want to enhance the existing property as well, adding 90,000 square feet of new mall space at the former Tobacco Road property, which will be air conditioned instead of open air.

Swire will also be adding pedestrian improvements and connectivity to the Riverwalk and has agreed to donate $1 million to the city for affordable housing.Depending on market conditions, construction will not begin for another two-to-three years and completion would then take another three years.

We can’t wait to see these new changes. Thoughts? We want to hear them, comment below! 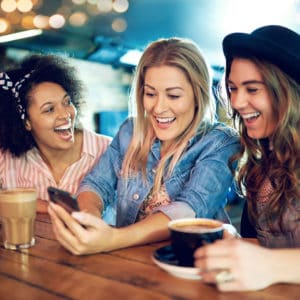 No more swiping right. At last, a real PERchance at dating.

Coyo Taco Brickell is Getting… 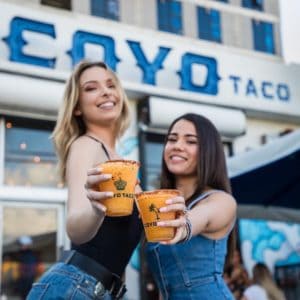 Coyo Taco Brickell is Getting a Bar!