Miami, also known as the capital of Latin America, has been stamped by its culture’s Latin flair, which has influenced the city’s traditions, sayings, and most importantly, its cuisine. The latest addition to Brickell’s long list of trending restaurants is its first Cuban restaurant and bar.  Brickellites can now say goodbye to boring American coffee and hello to cortaditos, croquetas and famed Cafetera Sky Project.

Latin Café 2000 opened its doors in the heart of Brickell on October 25th, bringing a new meaning to Cuban food and grab-n-go coffee. This new location features Brickell’s first-ever coffee “ventanita,” which is the perfect embodiment of how Cuban culture has completely revolutionized the way Miamians drink coffee. As early as 6:30 a.m., local Brickell residents can make a quick stop at this adorable corner window and pick up a warm café con leche and their favorite toasty pastelito.

Eric Castellanos, CEO and owner, said he saw the success Cuban cuisine has had in Miami and felt Brickell was missing that. This trendy restaurant is part of a family-owned business, which includes two other locations in Hialeah and Le Jeune Road. Castellanos acquired the other two in 2007 but it was not until last year that he decided to bring his Cuban-American fare to the financial district.

“It’s a booming area.” Castellanos said. “With the opening of Brickell City Centre and [the renovation of] Mary Brickell Village, I felt it was just the place to be.”

Aside from its ventanita, Latin Café has a lot to offer. From bacon-wrapped maduros to a range of Cubanito Saludable plates (Healthy Cuban options), its menu promises to satisfy all kinds of tastes. You can choose also from a daily specials menu, which highlights its Cuban-infused signature dishes.

“We wanted to offer residents breakfast, lunch and dinner options at an affordable and accessible location.” Castellanos said. “Everything is also fresh and made in-house to assure flavor and quality.”

Castellanos also explained the restaurant is so much more than a business and more of a collection of nostalgia-inducing recipes passed down from generations. You can also see his family’s endeavor as soon as you arrive at the restaurant, as he and his wife Kali spray painted and installed 100 cafeteras as décor on the patio, adding a Cuban spin to the well-known Coral Gables’ Umbrella Sky Project.

And if all this is not enough, Latin Café’s Brickell location is also the first to have a bar, which implemented a mixology program with a menu curated by Carla Riviera, one of South Florida’s top mixologists. The one-of-a-kind menu includes your traditional happy hour drinks but with a Cuban twist, including a very popular Malecon Mule (a Moscow mule made with Havana Club Añejo Blanco rum, guava nectar, fresh lime and ginger beer). You can enjoy this and a range of other unique drinks, every day from 4 to 8 p.m.

Castellano hopes to make Latin Café much more than just your favorite lunch spot and frankly, it is doing just that. With its cozy outdoor and indoor seating, it’s the perfect place for your agency’s next extravagant event,  your go-to place for post-office drinks, or a new option for a dinner date in Brickell. 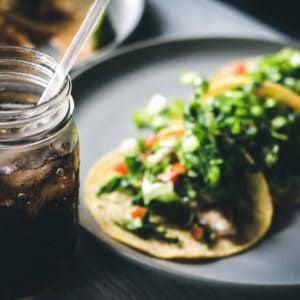 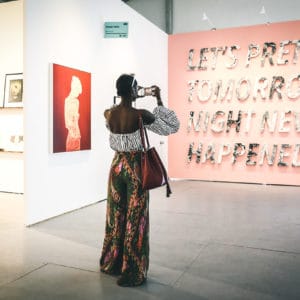