Perricone’s says goodbye for now, but it’s not going far.

Perricone’s Marketplace & Café, a gastronomical staple in Brickell, said goodbye to the financial district last month after 22 years. The Café closed on February 15 leaving behind several years of serving the Brickell community.

However, all is not lost. Perricone’s restaurant and gourmet market will reopen just a half-mile away at 1700 SW Third Ave. This new location will include 2,600-square-foot market and a 2,600-square-foot dining area, a full liquor bar and outdoor seating.

Steven Perricone, the café’s owner, told The Miami Herald that Brickell is a very different place than it was when he established Perricones. When he first bought the property, he leased the Mediterrean-style home in 1994 and transformed it into an Italian-inspired restaurant that quickly became local’s favorite date-night destination.

Perricones sold the old property last year for $16.18 million to Citizen M, an Amsterdam-based hotel chain known for its modern properties including automated check-ins and rooms that can be customized via a provided iPad.

Citizen M is planned to rise as a 19-story, 252-room hotel. According to the The Next Miami, a construction plan was filed in December, with Suffolk Construction listed as the contractor.

Although the new location is planned to open sometime in April/May, Perricone’s will continue food delivery and catering its new doors open so fans have nothing to worry about. During the transition food can be ordered via Uber Eats, Postmates, and Grubhub.

Lunch Specials for the… 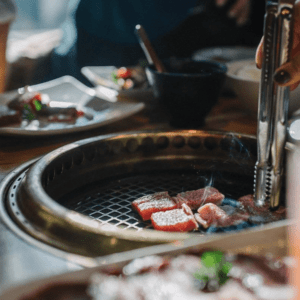 Lunch Specials for the Busy Brickellite