The new Micromobility Network will bring more bicycle and scooter lanes to the busy streets of Downtown Miami.

What is a Micromobility Network? It’s a system that helps connect communities by prioritizing the safety of single-person vehicles and their riders by building separate protected lanes. This project will also improve pedestrian crosswalks and signage, repair sidewalks and manholes, add new ADA pedestrian ramps, and more.

These improvements might come as a relief to anyone who has walked, biked, or scooted through the city’s streets.

The city will install various elements, like planters, armadillos, and concrete stoppers to separate the lanes from the streets.

On an Instagram post recently shared by District 5 Commissioner Eileen Higgins, she explained that the project is running on time, and currently, concrete curbs are being installed along NE 5th St & NE 6th St.

According to the Miami-Dade County Department of Transportation and Public Works, “this project indicates a progressive move towards safer streets and makes part of the effort to prioritize the implementation of the County’s Vision Zero and Complete Streets Program.”

The plan is to build and expand micromobility networks throughout the county progressively.

The completion of the project will bring a total of five miles of new separated bicycle lanes to Downtown Miami. 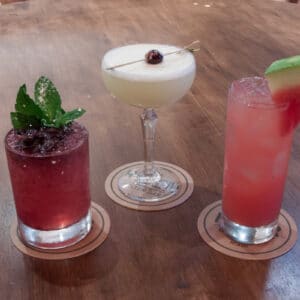 Where to Dine for Thanksgiving… 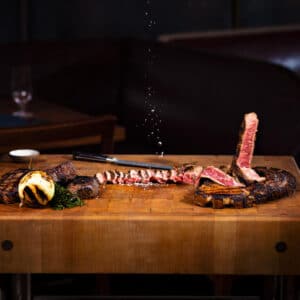